Skip to content
You are here:HomeMovies Lee Daniels’ The United States vs. Billie Holiday Has No Empathy For Its Star 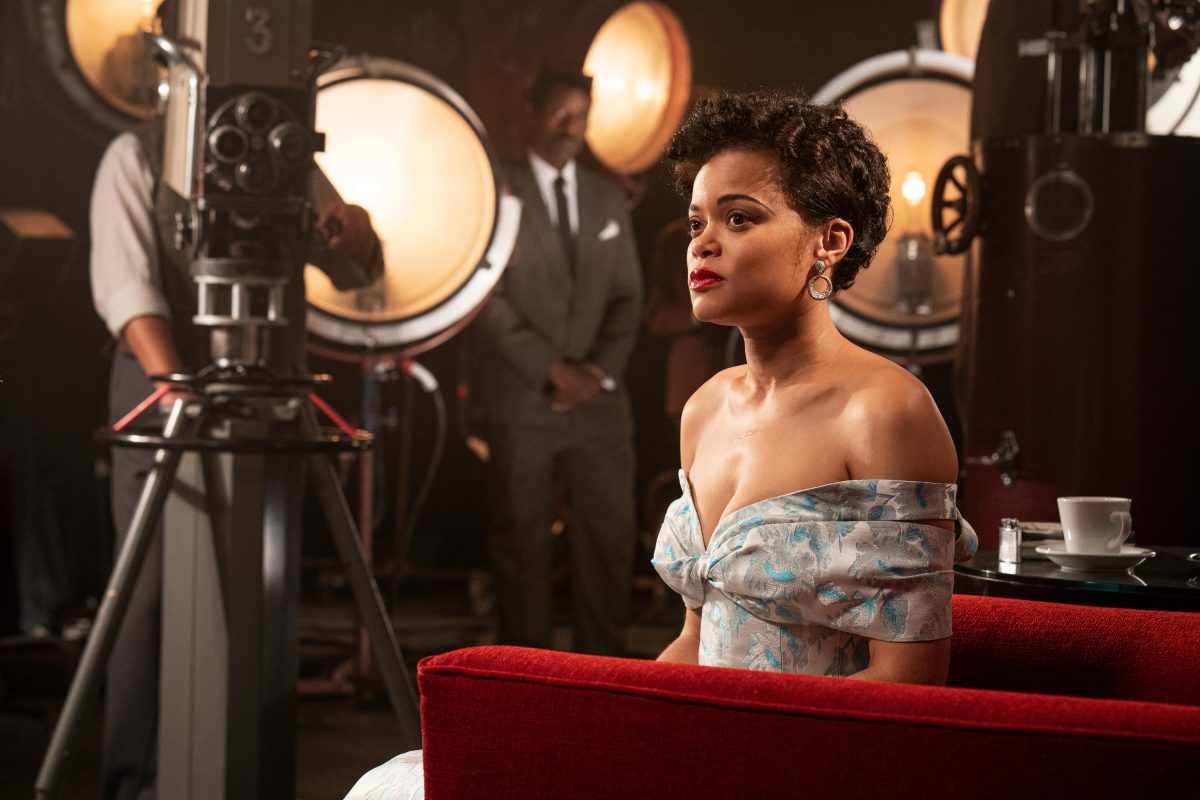 Born Eleanora Fagan on April 7, 1915, the legendary jazz singer known to the world – past and present – as Billie Holiday ‘AKA’ Lady Day, was a unique and powerful voice in the history of music. But these facts, as shown in director Lee Daniel’s latest drama The United States vs. Billie Holiday, unfortunately did not protect her from being victimized for her race and gender by the American judicial system, the men in her life, or drug addiction.

Based on a chapter on Billie Holiday in Johan Hari’s 2015 book, Chasing the Scream: The First and Last Days of the War on Drugs, and adapted into a screenplay written by Suzan-Lori Parks, the film is a condensed retelling of the years of relentless harassment and persecution of the singer by the Federal Bureau of Narcotics, from 1947 until her death in 1959.

Billie Holiday’s tumultuous life is difficult to watch in The United States vs. Billie Holiday, not only because of singer Andra Day’s impressive performance as the performer, but also because of what happened to Billie then personally and professionally. There is no denying that the treatment of Black people at the hands of police and white people in the Jim Crow South, is still happening today. Beginning with the haunting image of the body of a Black man who had been lynched and burned, as a halting piano solo of “All of Me”- one of Billie’s most popular songs – plays, the film immediately signals that it’s not just about Billie’s past, but also America’s present. To this day, the U.S. Senate has yet to pass the Anti-Lynching Bill, first presented in 1937.

Sitting in the office of Reginald Lord Devine (Leslie Jordan), Billie, accompanied by her friend and assistant Miss Freddy (Miss Lawrence), demands payment for her time before giving the meaning of “Strange Fruit”, the song the government doesn’t want her to sing. After asking if Reginald, who is white, has ever seen a lynching, Holiday explains that the song is “about civil rights. It’s about human rights…the government forgets that sometimes.”

Needing to tell her side of the story, Billie recounts her legal struggles with the federal government, led by Harry J. Anslinger, who had an almost personal vendetta against her. To prevent Billie from performing “Strange Fruit,” which the government saw as a threat, Anslinger used her drug addiction as the excuse to arrest and charge her with narcotic possession. Following the 1947 federal case, The United States of America vs. Billie Holiday,in which she was sentenced to one year and a day, Billie gave her first performance at the famed Carnegie Hall.

Unfortunately, the feds weren’t the only men Billie had trouble with. To her fans, and others looking on, Billie was a beautiful woman with one of the most unique voices and vocal ranges of her time. Her clear tone, and ability to fill every note with emotion touched the hearts of her fans all around the world. Her refusal to be bullied by the government is still admirable and bold. But, in her personal life, Billie had many struggles.

At clubs like Café Society, where she began her rise to stardom, Billie was the center of attention. She knew where and who she was on stage, but out of the spotlight, her life was filled with abusive and deceitful husbands and lovers like James Monroe (Erik LaRay Harvey) and managers like Joe Glaser (Dusan Dukic). The film’s focus on these aspects of Billie’s life is where the biggest flaws emerge with the story being told. Yes, Billie was mistreated by many men in her life, but they weren’t the only people to exist around her. According to the film, Sadie, her mother, wasn’t interested in her life, and kicked Billie out, which isn’t true. Billie lived with relatives off and on because her mother often could not support the two of them or worked in jobs where she could not have her with her. Still, Billie viewed her mother positively. In her autobiography Lady Sings the Blues, Billie described Sadie as supportive, giving love to her only child, until she died at the young age of 38. Other plot points which take away from Billie’s story is the rewriting of certain events that occurred, making Billie seem like a callous and selfish person at times. Scenes like Billie leaving her band stranded in the middle of the south to runoff with her husband aren’t true. In actuality, her manager and second husband John Levy (Tone Bell) left them without money.

By introducing another male character in the form of Jimmy Fletcher (Trevante Rhodes), and giving him a significant portion of the plot, Parks and Daniels do a disservice to the woman the film is supposed to be about. In almost every scene, she’s surrounded by men, many of whom could care less about her as an individual.

Instead of celebrating Billie Holiday’s life and serving as a memorandum to her struggles with drug addiction, a plight she was open about, insisting it was a moral failing of the government to prosecute and villainize addicts rather than treat and help them, the film, as a whole, is harsh and violent. When Billie isn’t singing, she’s often shown being beaten, thrown around and cursed at by men and then having sex with them, or in a stupor, caught up in the hazy illusion of a heroin-induced high. There are very few moments showing Billie smiling, and enjoying herself. Perhaps, it’s knowing how Billie’s life ended, handcuffed to a hospital bed as she lay dying, that makes the film feel tragic overall. Anslinger continued to harass and torment Billie until the very end, making her one of the countless Black people to fall victim to the racist “war on drugs,” where they suffered in disproportionate numbers to white people, a practice that persists to this day.

The film shows Billie very little empathy, as we don’t get to see her treated with genuine kindness by many people. No one steps in to help in her moments of need. In Lee’s direction, no warmth for who Billie Holiday was a person can be felt. We’re never really given the opportunity to see how desperate Billie was to break from the destructive cycle of addiction and abuse. Technically there are also a few flaws as there are scenes that needed proper editing and color grading, and the audio was inconsistent. There is however a soul-stirring rendition of “Strange Fruit” by Day that is very well-done.

It’s Andra Day’s spot-on depiction of Billie that makes almost every scene she’s in worth watching. Day’s ability to change her voice to the point they’re almost indistinguishable is worthy of applause. For this to be her debut as an actress is impressive; she captures not only the singing and speaking voice, but also matches the personality that comes through in her memoir.

Despite her records always being on the top of the charts, Billie Holiday never earned any royalties, and what money she did get in her hand was spent by her husbands and managers who exploited her, and/or went towards purchasing drugs.

As Day sings standards such as “God Bless the Child,” Billie’s loneliness can be felt. It’s heartbreaking to realize she never got to have her own in the end, because everything she earned was either stolen or kept from her. In a touch of irony, The United States vs. Billie Holiday ends with her singing “Take All of Me,” a song asking her lover, and by extension those listening to her, to love her for who she is. Sadly, it feels as though the film itself – just like those who left and took everything from her – doesn’t love Billie for who she is either because we never get to see all of her.