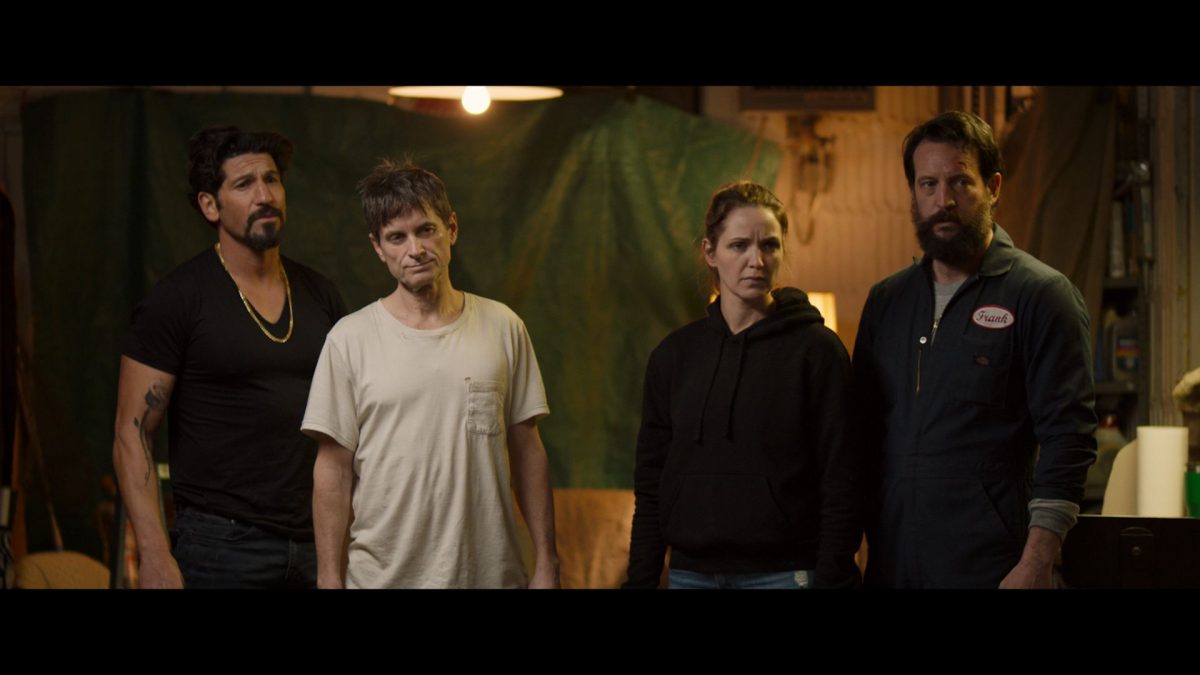 In the film, Frankie (John Pollono), Swaino (Jon Bernthal) and Packie (Shea Whigham) are lifelong friends who share a love of the Red Sox, rowdy bars and Frankie’s teenaged daughter Crystal (Ciara Bravo). But when Frankie invites his pals to a whiskey fueled evening and asks them to do a favor on behalf of the brash young woman they all adore, events spin wildly out of control.

Based on Pollono’s award winning play, Small Engine Repair is a pitch perfect black comedic drama with a wicked twist and a powerful exploration of brotherhood, class struggle and modern masculinity.

First announced in January 2019, a film adaptation of the play was produced early that year. Production began in February 2019 outside of New York City, namely in Yonkers and Tappan, New York. Although, some establishing shots were taken in Manchester, New Hampshire, the city where the film takes place.

The adaptation was penned and directed by Pollono and produced by Peter Abrams, Jon Bernthal, Rick Rosenthal and Noah Rothman. Pollono and Bernthal reprise their roles from the original production and Shea Whigham and Spencer House portray Packie and Chad, respectively. Michael Redfield and Josh Helman, who both starred in the original production, are in the film as new characters. Additionally, Jennifer Pollono, the original costume designer, and Sophie Pollono, her daughter with John Pollono, also have roles in the film.

This is an amazing film that works on many different tonal levels; and in this interview, Pollano takes us through the evolution of this successful stage play to the big screen.