Skip to content
You are here:HomeFront Courtney B. Vance Joins the AAFCA Virtual Roundtable Series 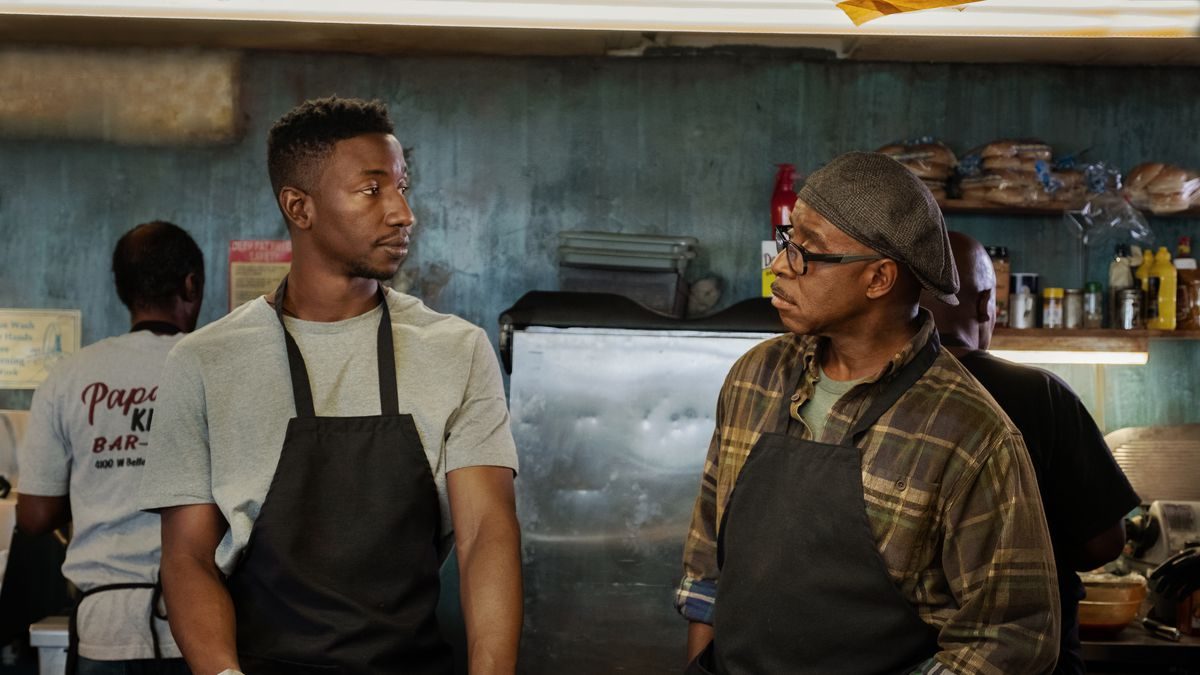 High off the success of his hit Netflix film, Uncorked, Courtney B. Vance sat down for the AAFCA Virtual Roundtable Series last week to discuss that film, his role in National Geographic’s Genius: Aretha Franklin series starring Tony winner and Oscar nominee Cynthia Erivo and the upcoming 61st Street series, as well as his duties as president of the SAG-AFTRA Foundation.

A Detroit native who is a veteran actor of stage, film and TV, Vance’s many credits include the Broadway productions of Fences and Lucky Guy, for which he won a Tony in 2013; an award-worthy turn as Johnnie Cochran in FX’s groundbreaking The People v. O.J. Simpson limited series, as well as The Preacher’s Wife, Joyful Noise and The Photograph on the big screen. In Uncorked, which is Insecure showrunner Prentice Penny’s directorial debut, Vance is once again flexing his substantial acting skills.

Louis, whom Vance plays, runs the Memphis barbecue business he inherited from his own father and expects that his son Elijah (The Get Down’s Mamoudou Athie) will do the same. But Elijah, who is passionate about wine, dreams of becoming a sommelier, not continuing in the family business. This causes tremendous tension between he and his father, which his mother Sylvia (a delightful performance from Niecy Nash) is constantly trying to ease. It’s an engaging story that covers a lot of ground, touching upon legacy, chasing your dreams, loss and more.

Barbecue was one of the things that personally excited Vance, who doesn’t drink, and he gained an even greater appreciation for it. “I love barbecue. I love to cue. I’m not proficient at it, but I love to do it and I got a wonderful opportunity to go around and sample and taste and get the sense of how it is a science and people take it very seriously,” he shared. “And it was a joy too. The best part of it is meeting the people and hearing the stories and seeing the commitment of getting up early to get that smoker or that grill going in anticipation of getting all those rib tips and chicken and various cuts of meat ready for queuing.”

As a Black actor especially, Vance is happy about all the new ground Uncorked, which Penny also wrote, covers and believes that “the more we get the opportunity to show the colors of the African American, Black experience in America, it just enhances everyone’s experience.”

And Vance is doing his part. One of his high-profile projects shut down due to the coronavirus pandemic is National Geographic’s anticipated Genius: Aretha Franklin, starring Cynthia Erivo as the genius. While there is no word yet on when we will get to see the series originally slated to bow on May 25, Vance could not praise it enough.

“That is going to be and is a monumental project. Anthony Hemingway and Suzan-Lori Parks are helming it,” he shared. “We stopped in the middle of the sixth episode. We’re in the middle of something, the last time I experienced it was on The People v. O.J. Simpson where everyone is involved, everyone is committed, and the work is absolutely stellar. So, I’m very, very excited about getting back to Atlanta . . .  and getting back to work.”

Franklin, he shared was like none other. “Her homegoing service was nine hours so that gives you an idea of what her life was like,” Vance expounded. “Her life was complex and talk about a fine wine. She was so many different colors and textures and you couldn’t say this is exactly who she was. You would think somebody like that, with a voice like that, as soon as she came onto the scene, she did whatever she wanted to do, but it took us seven years to pop.”

Touching upon some of her early personal hardships, including becoming a single mother of two as a teenager, Vance shared his awe as he spoke of “the trauma that she went through in her early life and the staying power that she exhibited in order to push through to get to the other side to get her R-E-S-P-E-C-T,” while stumbling a bit on the tongue twister.

“She was determined to become a star,” he continued. “So, her story, and the story that we’re telling, is a story of overcoming, and one that all of us could and can identify with.”

In addition to finishing Genius: Aretha Franklin on the other side of this coronavirus pandemic, Vance also looks forward to a new project–61st Street for AMC Studios and Michael B. Jordan’s production company, Outlier Society, to be filmed in Chicago. In that project, Vance returns to the courtroom.

He explains it as a two-season, 16-episode drama about a rising track star from the projects on his way to college who gets caught up in a police gang sting and Vance plays the public defender, a veteran of 25 years, charged with saving him.

“I’m on my way out,” Vance shared. “My son, he’s not well, he’s 17 and now it’s my time to be able to take care of him with my wife and I’m pulled back into this. This is going to rock the city and they need me to represent this young man, but I’m going against what I told my wife that we were going to do. So, it is that very thing, I’m trying to get out and they pull me back in kind of situation.”

As president of the SAG-AFTRA Foundation, Vance, who was just elected in November, is also looking out for his fellow actors. “We are an organization that that has been around for 35 years and our mission has been to help our membership,” he explained. “One hundred percent of our membership are actors. So we’re boots on the ground, letting folks know we’re raising money. Several high-end actors have given a million dollars to the cause. And we’re just beginning. The need is 100% because the business is shut down and now 100% of actors are out of work. And we all know that 95% of actors don’t work.”

For these reasons, Vance has been hard at work raising even more money so that they can get at least $1000 checks out to their neediest members in order to give them some assistance during this crucial time. As daunting as it is, Vance is driven by his sense of duty and willingness to serve. “I stepped into the presidency when we’re in a pandemic, so it’s big boy time,” he said.

Although Vance, who will also appear in HBO’s upcoming series Lovecraft Country from Jordan Peele and Underground co-creator Misha Green, doesn’t take his good fortune or that of his wife, the beautiful Angela Bassett, currently starring on FOX’s 9-1-1, as actors, he is grateful for this time, pre-coronavirus pandemic and post, he does ask AAFCA members, other writers and the African American public at large for their support.

“I would like to see us support all the wonderful things that are happening now,” he said. “Send the message that we matter, that we are players, that we support [each other] no matter what it is. Because we’re in a period of a dispensation right now where we are able to show all kinds of colors, so support it.”