Skip to content
You are here:HomeFront Review: “The Burial of Kojo” 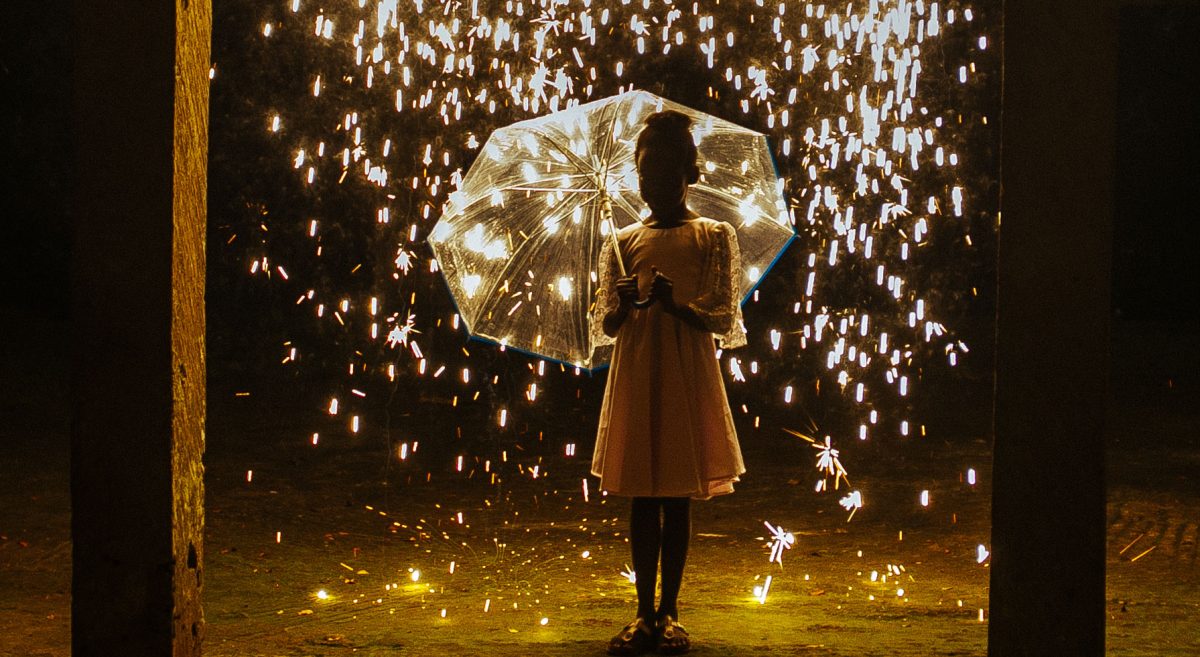 There something that happens when I watch foreign films and honestly, Iâ€™m pretty ashamed of it.

You see, I have come to grips with my own cultural bias. That cache of emojis that float in my subconscious when I prepare to watch films made in countries other than my own. Plain and simple, my ignorance of a country tints my view and makes how I ingest a film more difficult, or at minimal cause me to hesitate to watch it. I now realize that it stems from my growing apathy toward the tropes or propagated stereotypes so many films diligently paint into our subconscious. Its bullshit and there is a glut of both film and television that devotes its energy into painting stories from and about Africa (and South America) in the broadest of brushes. Not to diminish the ongoing struggle and conflicts countries in Africa face that are illustrated in recent films like â€œBeast of No Nationâ€ and â€œThe Boy Who Harnessed the Wind,â€ and even their predecessors, but to concede it is the only narratives is a true disservice.

Which brings me to â€œThe Burial of Kojo,â€ rapper Blitz the Amabassorâ€™s debut film that he wrote and directed. Nothing less than stunning, this film is an intricate dance of fantasy and reality that exposes you to Ghana in a way few films have ever attempted. Told through the narrator, an older version of Kojoâ€™s daughter, Esi (Ama K. Abebrese) the story is shared with a child-like lens that views the world with wonder and innocence. She introduces the audience to her father Kojo (Joseph Otsiman), who on the surface is content in his simple life, but things soon change when he is visited by his older brother Kwabena (Kobina Amissah-Sam) and Kojo takes his family to life he left in Accra. After her father goes missing, Esi (Cynthia Dankwa) embarks on a physical and spiritual journey to find him.

What Blitz the Ambassador does with this story, in my opinion is nothing short of acrobatic. Without pulling on the typical, invoked empathy so many films regarding Africa and its people tend to muster, he subtly weaves the current climate of Ghana, as he sees it eloquently into this fanciful family story. Using Esi as a prism, Blitz is able to invoke a spectrum of color and texture that transcends beyond the common narrative and evokes a duality of reality and spirituality to tell this tale of a daughters love for her lost father.

Watching the film, I drew some parallels to Benh Zeitlin’s â€œBeast of the Southern Wild.â€ After all, it is also a story that embraces youthful, almost boundless storytelling and cinematography with its roots firmly planted in family conflict all the while exploring the politics affecting the characters in the here and now. Throughout â€œKojoâ€ we bear witness to Blitzâ€™s love of the countryâ€™s natural beauty contrasting with his views on the influx of foreign investment and the erosion of the nations’ financial and cultural health. An example of this is Kwabena persuading Kojo to come back to illegally mine gold at the company where he was formally employed which alludes to the Galamsey miners â€“ a local term for illegal gold miners. Kojo is constantly tinted in blue tones while his brother Kwabena is almost always red. This decision is deliberate but as the story unfolds it reveals itself with poetic narration and symbolism. This sort of meticulous visual storytellingÂ  ensnares you into one element of the story, deceptively feeds clues into the ongoing narrative and the climatic resolution.Â  Another mind play in â€œKojoâ€ is â€œPublema di Amor,â€ the fictional telenovela everyone watches that runs parallel to the story between the two central brothers. Not only does it show another foreign influence and its apparent mark on the erosion of Ghanaian culture, but tells its own glitzy story of love, jealous, and sibling rivalry. I know Iâ€™m pretty vapid on the plot of the story, but to delve into the social density and visual layers that flow throughout would spoil its meaning and conclusion.

Regardless of these intricately woven distractions, Blitz is still able to tell a story that is so intimate, nuanced, and beautiful its hard to classify. In one hand, it is an fanciful story of family disfunction affected by seemingly otherworldly forces that affect the inevitable outcome. To that, I question is this social woke fantasy, urban fantasy? Maybe, Iâ€™m not quite sure. I compare his choices and layers to Jordan Peeleâ€™s social horror films to some degree. Like Peele he makes it impossible to separate societal ills from the people inevitably affected by it. All I know is â€œThe Burial of Kojoâ€ at its core is a love letter to Ghana – bursting with the spectacle, splendor. Â It doesnâ€™t diminish the lives of its people, shattering the tropes and notions we have constructed – and that is a more important story to tell about Africa in my opinion.

The Burial of Kojo, 4 out of 5 stars. Written and directed by Samuel Blitz Bazawule. Stars Ama K. Abebrese, Kobina Amissah-Sam, Cynthia Dankwa, Joseph Otsiman. In theaters and streaming on Netflix.