Skip to content
You are here:HomeMovies A STAR IS BORN: Review by TIM ESTILOZ 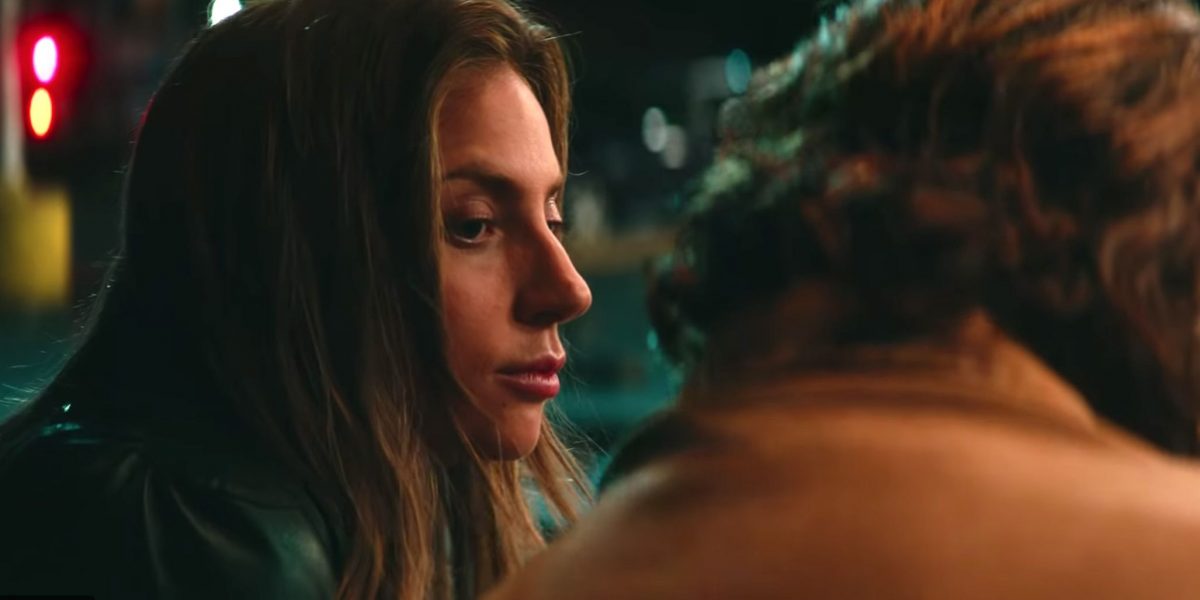 Hollywood has been criticized, often deservedly so, for being increasingly devoid of originality. Studio execs seem to embrace efforts to grab a quick commercial buck by cranking out myriad second rate remakes, reboots and repetitive genre franchises like unimaginative dysfunctional copier machines.

That track record in mind, there was every reason to believe in the early going that the fourth big screen incarnation of “A Star Is Born” might have not have presented anything new and fresh to this very familiar story of fame and failure. However, thanks to the amazingly stellar Oscar worthy performances by Lady Gaga and Bradley Cooper, this latest version of one artist’s meteoric rise to stardom and another’s tragic self-inflicted crash and burn into oblivion, brings wonderfully new emotional depth and stratospheric musical and visual heights to this current effort.

This new retelling of “A Star Is Born” borrows basic elements of the more recent and mediocre 1976 version starring Barbra Streisand and Kris Kristofferson; but owes more emotional heft to the heretofore far superior 1954 version starring Judy Garland and James Mason. For those film buffs keeping score, there was also the 1937 version starring Janet Gaynor and Fredric March, with the very similarly themed “What Price Hollywood?” in 1932 to boot.

First time director and co-writer Bradley Cooper breathes poignant new life into this oft told tale by skillfully capitalizing on the electric on-screen chemistry between the two main characters played by himself and Lady Gaga; while also demonstrating a keen eye for visual and emotional punch from behind the lens.

Cooper plays Jackson Maine, a famous Country-Rock musician star whose brilliance is fading amid a haze of alcohol and drug addiction, hearing loss and long festering emotional demons from his childhood. While Maine still pulls in the adoring crowds, he bolsters himself with swigs of hard liquor and pills before live performances that increasingly seem to lack the heart of his earlier glory days.

After a performance one night, Maine drops into a random bar to lose himself once again in the comfort of a bottle. The fact that he stumbles into a personally incongruous drag bar makes no difference to Maine. A bar is a bar, and a drink there is still a drink. His self destructive cycle is on its routine auto-pilot.

That is until he sees part-time waitress Ally ( Lady Gaga ) in the bar performing a magnificent version of Edith Piaf’s “La Vie En Rose” and Maine is immediately smitten with Ally herself and her amazing vocal gift. Ally in turn is surprised, a bit star-struck and tentative that this charming singing star is showing an interest in her, but she accepts his invitation to go out afterward.

The two spend the rest of the night walking and talking, ultimately sharing their fears to one another. For Ally’s part, she is cynical and disillusioned with the music industry. She has a gift for songwriting but is reluctant to perform her own material due to insecurities about her talent and her looks.

With Jack’s encouragement, Ally tentatively shares a few lyrics of a song she’s been working on and the attraction between them begins. The next morning, Ally awakes at her home she shares with her limousine driving father ( a wonderful acting turn by Andrew Dice Clay ) to find Jack has dispatched one of his road crew to fly Ally on his private jet to watch him perform in the next city on his tour.

After Jack urges Ally to come on stage to perform the song she’s been working on, we start to see her shyness before the enthusiastic crowd give way to a growing confidence that surprises her and everyone else, except Jack. He already knows her talent.

What follows is a love story complicated by Jack’s growing insecurity, self-doubt and substance abuse in the shadow of Ally’s gradual rise to stardom as people, and music executives, take note of her talents on stage as she travels and performs on tour with Jack. The tragedy of it all is that Ally believes in Jack more than he believes in himself and she is powerless to stop him from imploding. Their career trajectories cross in opposite directions leading to a cringe worthy embarrassing moment from a drunken Jack when Ally wins her first Grammy Award. The incident threatens to permanently fracture their loving relationship and careers.

Bradley Cooper is a multi-faceted revelation here. As star, his Jackson Maine is both irritatingly disgusting as a drunk hell bent on self destruction and conversely charming, protective and loving of Ally. Equally, Cooper’s chops as a singer and musician are surprisingly good as he performs his own music onstage. ( Many large stadium sequences were shot between actual performances before huge crowds at Coachella, Glastonbury and other vast music festivals )

As the film’s director, Cooper’s debut behind the camera calling the shots is a brilliantly creative and competent first effort. The numerous scenes between Jack and Ally, many shot in tight facial close-ups, convey an intimacy between the two that convincingly shows their growing mutual love and subsequent pain during their troubled relationship. The middle part of the film begins to lag a bit, but that is offset by a solid first hour and a strong powerfully poignant finish.

Lady Gaga’s big screen acting debut is nothing less than spectacular. However, the genius behind her performance is the utter lack of spectacle in her character. The real life superstar Lady Gaga is nowhere to be found in Ally during the film’s early first act. Gaga’s Ally is all but defeated in her confidence. Sans makeup and artificial embellishments, Lady Gaga brings a truly raw vulnerability to Ally who is totally believable and pitiful as a confidence lacking performer, unaware of her stellar performing gift that awaits its awakening.

The supporting cast is noteworthy for bringing depth to the story via their convincingly intertwining relationships. Sam Elliott brings his usual solid, often quietly scene stealing, level of talent to the film as Jack’s road manager brother who grows weary of cleaning up Jack’s messes over a lifetime together.

Andrew Dice Clay delivers believable humor and warmth as Ally’s loving and proudly supportive father. Comedian Dave Chappelle demonstrates he is someone to watch as a serious actor with a brief but strong turn as Jack’s friend and former bandmate on the road.

However, in the end, this film belongs primarily to Lady Gaga and Bradley Cooper who knock this film out of the park with a palpable electricity and poignancy during their scenes together. They elevate this film to a new level that is solidly positioned for Oscar gold.

This version of “A Star Is Born” is the rare occurrence where going back to the same old and worn out creative well one more time can sometimes, in the right hands, yield something amazingly new, refreshingly entertaining… and truly unforgettable.