Skip to content
You are here:HomeMovies ”MULAN” IS A DELIGHTFUL REIMAGINED REVELATION 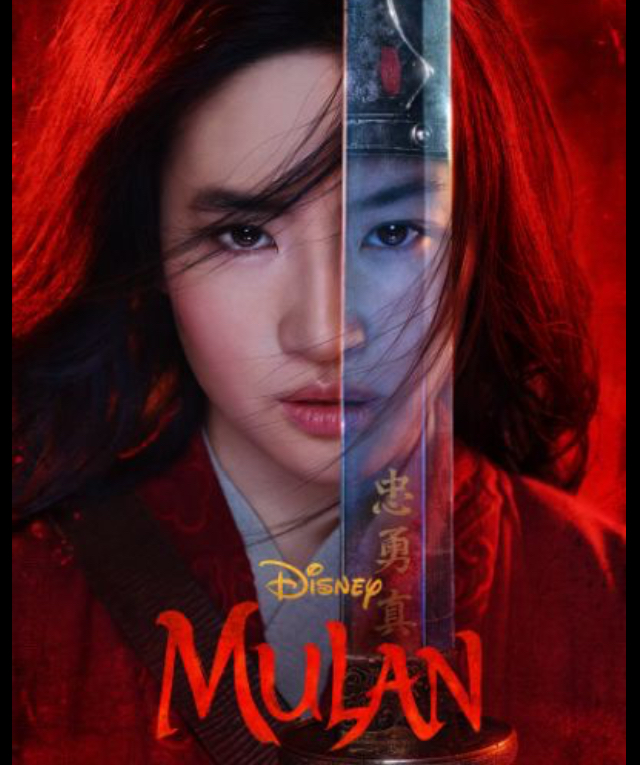 by TIM ESTILOZ
As beloved as the original 1998 Disney animated film “Mulan” might be in your more youthful memory and recollection; you should prepare yourself that the new live-action reimagining of the film debuting this weekend on Disney Plus is wonderfully different in many ways.

While the basic storyline from the original film of a young Chinese woman who masquerades as a man to save her aged father from serving the emperor in battle is intact; gone are the numerous Disney songs that advanced the narrative of its animated predecessor. Thankfully missing as well from this version is any hint of silly whimsy in the guise of the former film’s talking, wise cracking dragon, Mushu.

This new Mulan is a film that stands firmly on its own as a visually stunning and spectacular action-adventure of a young woman’s journey to live up to the “Pillars of Virtue” instilled in Mulan by her father and ancestors, to be loyal, brave and true. Mulan as a young girl has seen these qualities inscribed on her veteran father’s war sword wielded in his younger days defending the empire. It will be over the course of the film that she will be tested to see if such virtues are also ones that she herself possesses.

The film opens with a young Mulan ( Crystal Rao ) portrayed as a precocious and energetic adolescent who is the delight of her father’s eye; but also, as seen by the disapproving neighbors in her village, she’s a child not easily falling in line with the traditional role of a demure female destined to inevitably meet someday with the village matchmaker.
What also sets the older Mulan ( Liu Yifei ) apart from those around her is the strength of the Chi within her that enables Mulan to inherently possess athletic skills and more that she has yet to fully master.
When China is invaded by Hun-like marauders intent on conquering the empire; the emperor ( Jet Li ) issues an order that one male from each Chinese family must join the emperor’s army to beat back the invaders in war. Mulan’s disabled veteran father prepares to don his former battle armor and sword to fulfill his duty to the emperor and country. However, knowing her father faces certain death in battle, Mulan takes his soldier’s gear and, in the dead of night while the family sleeps, leaves to join the army masquerading as her father’s son.
Once part of the army, Mulan must work to effectively maintain her charade. The penalty if her deception is uncovered is expulsion and shame to her family, or perhaps even death by execution. In the culture defined in this “Mulan”, women have their mostly subservient place imposed by the male dominated society. To deviate from that role is to invite severe consequences.
This risky dynamic presents some of the film’s more interesting personal moments. Mulan does her best to fit in with her military male companions; some of whom are clearly of lesser physical and mental strength than she.

In an amusing running set piece; Mulan manages to repeatedly evade both figuratively and literally exposing herself during the daily mandated group showers with the men; by always volunteering for night guard duty instead. As the days wear on, Mulan proves herself to be a more than capable soldier, who also possesses an increasingly pungent case of noticeable body odor.

In another effective yet subtle moment, we see Mulan with her soldier companions gathered around a nighttime camp fire in a moment of male bonding before the next day’s pivotal battle. Though each shares stories of bravado; they all eventually show signs of controlled fear as untested young men facing their first battle. Mulan gives her compatriots a morale boosting pep talk about protecting one another on the field of battle. However, director Caro pans the camera down to show Mulan’s hands trembling with understandable fear as she faces a deadly situation no other Chinese female would ever need to willingly confront.

Among the film’s most daring departures from the original plot, the marauders led by Bori Khan ( Jason Scott Lee / Dragon: The Bruce Lee Story ) are aided in their conquering quest by a shapeshifting witch, Xian Lang ( Gong Li ) who infiltrates each targeted garrison ahead of the invaders’ attack and uses her witchcraft and fighting skills to easily, and often brutally, kill the emperor’s soldiers. Lang’s desire is to gain a place of respect as a woman within the conquered kingdom. The irony is that her barbarian ally holds her in no greater regard than she had in her life before this alliance.

Ultimately, she and Mulan will come face to face in battle; where Lang will attempt to convince Mulan to join her as female allies possessing the same strength of Chi and sisterhood in the conquest of the emperor for their mutual gain.

As directed by Niki Caro, “Mulan” is a film that is spectacular in its visual appeal, lavish sets and beautiful vistas shot in China and New Zealand. Aided by such magnificent landscapes, the cinematography and overall look of “Mulan” is a feast for the eyes, despite being severely hampered by being Covid relegated to a smaller home streaming venue. One can only imagine how much more significantly the film would be enjoyed if shown on the big screen as intended.

At a reported cost of $200 million dollars to produce, “Mulan” is the most expensive film ever helmed by a female director. However, Niki Caro’s direction has made certain every cent has been put to great use; from the lavish and beautiful wardrobe and sets to the action and stunt sequences that satisfy with excitement and daring.

The performances throughout the film are effective, though the characters themselves are somewhat superficially defined. Asian star Liu Yifei gives her portrayal of Mulan enough charisma and believability to sufficiently lead this film and its stellar all Asian cast. One of the film’s few flaws is that the key character of the witch Xian Lang is too ill defined to fully explain her motivation as a villainess, and the painful psychological damage she is said to have endured that led her into darkness.

The scenes between Mulan and her father ( Tzi Ma ) are both effective and touchingly poignant in their mutual respect and love for each other; yet eventually conflicted as a father and daughter who must conform to their cultural expectations and traditional roles.

Rounding out the cast are Rosalind Chao ( Joy Luck Club ) as Mulan’s mother, martial arts action star Jet Li as the emperor; as well as a smile inducing cameo appearance by Ming-Na Wen ( Agents of S.H.I.E.L.D ) who provided the voice of Mulan in the 1998 animated version.
Though thankfully, this live-action remake eschews any songs from its narrative; the closing credits are graced with the vocals of Christina Aguilera, who rose to fame on the basis of her singing the original film’s version of the signature tune “Reflections”. Also featured is the singing of the film’s star Liu Yifei, presenting a marvelous version of the same familiar tune in her native Chinese language.
This “Mulan” stands among the best of the live action incarnations from the Disney catalog of animated films. Only exceeded in quality and entertainment value by the live action “Cinderella”; “Mulan” takes a rather simplistic animated story and elevates it into something more evolved and wonderfully different in many ways. It’s a beautifully evolved departure from the previous film intended for children into something more mature in tone. Though still displaying effective moments of levity and humor, this film succeeds in being an entertaining standalone dramatic adventure.
The film soars as Mulan finds not only her own strength and purpose; but also, a deeper appreciation of the original pillars of virtue and more that defines who she truly is – without the masquerade veneer of being someone else.