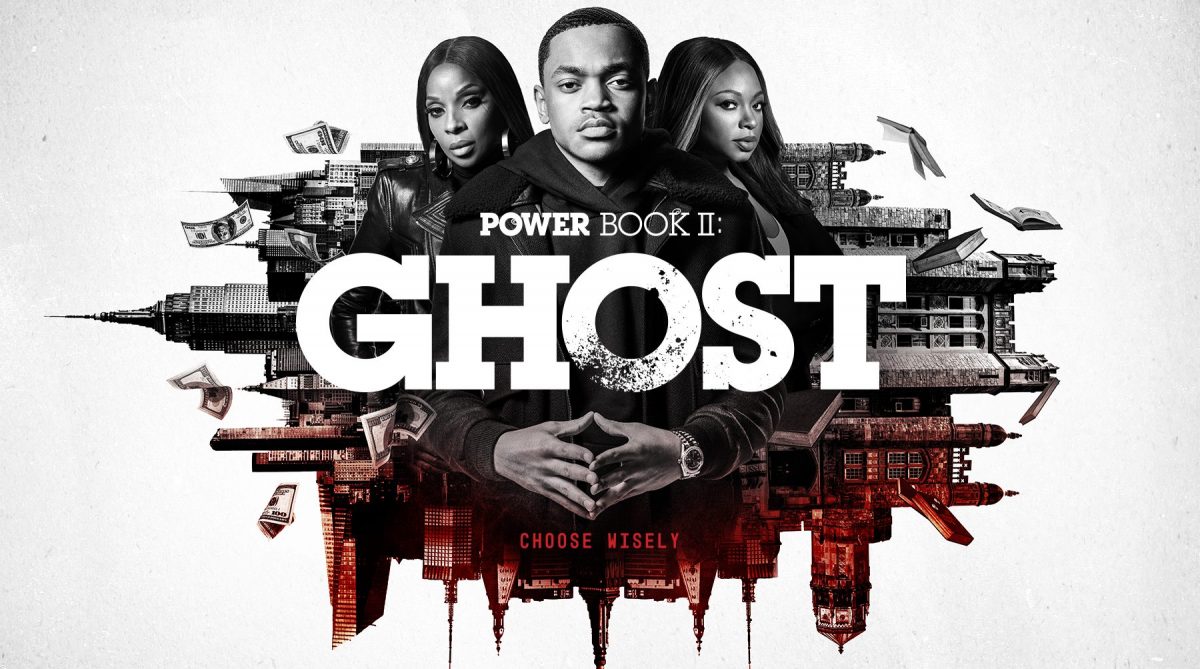 A few weeks before Power Book II: Ghost ended its first season with a boom, Naturi Naughton and Michael Rainey, Jr. dropped by the AAFCA Virtual Roundtable to share insights about Starz’s hit series and their roles in the “Power Universe” as day one players Tasha St. Patrick and Tariq St. Patrick.

As Power fans know the series, which debuted in 2014, ended last February with the death of Ghost, played by Omari Hardwick. Instead of closing out the series completely, series visionary and showrunner Courtney Kemp introduced the first of several proposed spinoffs. With Power Book II: Ghost, Kemp and her team recalibrated. Part of that included bringing in R&B/hip-hop icons Mary J. Blige as crime boss wife Monet and Method Man as top lawyer Davis Maclean, along with some fresh, unknown faces. But it’s Naughton and Rainey, Jr. who have helped bridge the two series. For Naughton, playing Tasha has been a privilege. In Ghost, she has gotten to show many layers and that she credits to the writing staff, particularly the show’s visionary.

“Courtney Kemp, [who] is our showrunner, writer, creator, has given Tasha such a beautiful journey. She has such a trajectory. Most female characters get stuck in a kind of a box: you’re just the wife and, if the husband dies, there’s no more for you. Tasha really is in the most vulnerable state. Obviously, we’re seeing she had dreams too. She once wanted to be a singer. She, you know, wanted to be able to have a family with Ghost. She thought that this was all possible and a lot of things now are so broken,” Naughton explained.

“Our writing team is giving a female character, particularly a Black female character, the opportunity to shine in a multi-dimensional way. Tasha can be beautiful. She can be fabulous. She can be sneaky. She can be ballistic, like Maleficent. She can be vulnerable. She can be versatile in a lot of different ways. And I just think that diversity is what I love about this show and about the world that we’ve created, the Power universe can go on and on, as you can see, it will. We have lots of spin offs coming. But I’m just honored to be a part of something that has changed the culture, particularly as a Black woman.”

Rainey, Jr. has gone through some major adjustments as Tariq. In Power, he was viewed as a spoiled brat and, frankly, hated by much of the audience. With Ghost, that has changed. And it’s one Rainey, Jr. feels comes from the circumstances in Tariq’s life like Tasha being in prison when he actually killed his father Ghost. That shift has impacted audience reception to Tariq.

“Now you get to see Tariq’s actions in that he’s not just acting off of being upset at family no more. Now he’s acting because he has to be responsible. He has to be responsible for Mama and his family so [the audience] get[s] to see him grow and really make the right decision because now there’s no room for playing around. He can’t can’t be a brat no more. So he can’t do stuff like that no more. So, he’s forced to grow up. And now it’s like he has to really make the right decision. And once you make the right decision, it’s kind of hard for people, you know, to not respect it. So I feel like that’s a big reason why people have had that change of heart towards Tariq right now.”

One of the things audiences have noticed is how much like Ghost Tariq has become. “I feel like he doesn’t even notice how similar he is to Ghost. And that’s what makes it even crazier, because he’s like, subconsciously, just doing all these crazy things that Ghosts would do,” Rainey Jr. explained. “It’s in his blood, you know, that’s his father. So I feel like it kind of just passed down and he’s really just kind of following in his footsteps in a blind way, though.”