Skip to content
You are here:HomeFront Issa Rae Dropped into The AAFCA Roundtable to Discuss The Lovebirds and More 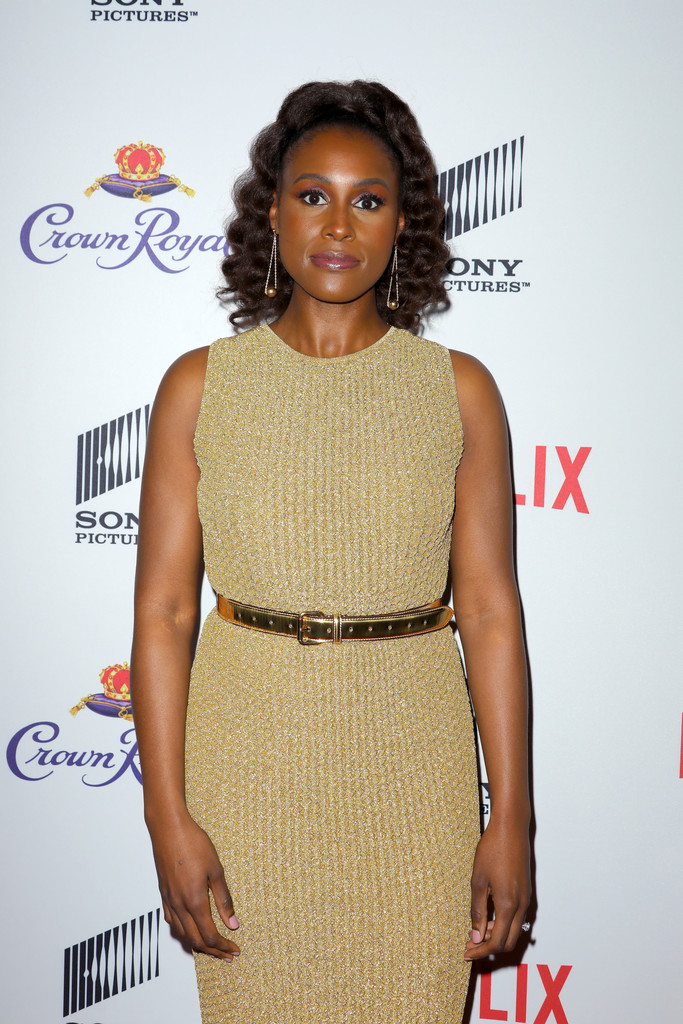 Issa Rae isn’t one to waste opportunity. That was clear when she joined the AAFCA Virtual Roundtable to discuss her latest film, The Lovebirds. Originally intended for the big screen, the pandemic shifted The Lovebirds to Netflix where it is faring well. Rae said she was attracted to The Lovebirds after reaching the script because it “made me laugh. . . . “the idea of a couple that was on the brink of moving on from one another and then being roped into this murder mystery cracks me up.”

On top of that, Rae said that Kumail Nanjiani, who is known for The Big Sick and Silicon Valley, was also a draw. “Having watched him for such a long time, I just got excited about the idea of being able to work with him.”

In The Lovebirds, Rae and Nanjiani play Leilani and Jibran, a couple struggling to stay together when they get caught in the middle of a murder and have to rely on each other. Rae said while she and Nanjiani’s pairing as a Black woman and Southeast Asian man (Najiani is Pakastani) played no role in her doing the film, it did impact the film’s storyline.

“[W]e were so involved in the redevelopment of the characters behind the scenes because, you know, they were written for two white leads and we wanted them to feel like people who were close to us and make sure that the situations in the movie reflected the fact that we were of color . . . we were obviously thinking about that, but without making it entirely about race,” she shared.

The Lovebirds offered other challenges for Rae that she embraced, mainly engaging in physical comedy.  When I read the script, I was like, ‘okay, yeah, I’m doing this,’” Rae shared. That meant learning choreography for the fight scenes and lots of improvisation.

This year Rae’s versatility has really been on display. In February, she starred opposite LaKeith Stanfield in the love story, The Photograph, now available digitally, plus she returned as Issa Dee on her hit HBO series in April and now The Lovebirds. Finding relatability to her various roles, Rae revealed, was her primary key for success.

“Insecure is the closest to me because it’s based off experiences that I’ve had in my own friendships. With this season, it hits very close to home,” she explained. “My friendship breakups, the couple that I’ve had, have been devastating to me. I can let relationships with men go and be okay. But like those female friendships that you hold so dear, especially when you don’t see it coming, it’s painful.”

For The Photograph and The Lovebirds, she pulled from her own romantic relationships, sharing that with Mae, she related to her “sense of not wanting to be vulnerable and her views on not feeling deserving of love.” With Leilani, she connected with “feeling like you’re in a relationship that’s in a rut.”

Rae’s efforts have been so successful that she’s been able to bring others along with her. “It’s just been such an amazing opportunity to bring others along for the ride. To me the most satisfying part is being able to work with writers I’m fans of and helping them to get their first TV shows or their first film credits. . . To be able to say that I had a part in ‘okay, this person is going to be bigger than I am’ and it is because they got this opportunity. That is incredible to me,” she beamed.

Getting positive feedback from her peers also excites her. Her reaction to Condola Rashad fanning out after learning that Lawrence’s latest boo’s name was indeed inspired by hers, was pure elation.

“I was fanning out at that, that she knew who I was. I was like ‘what, how you gone fan out and I’m fanning out over you,’” she exclaimed. “Obviously, she comes from television royalty as well, but she’s so talented on her own and I’ve been following her career, so it was just so dope that she thought it was dope. Cause, if I were her, I’d be like ‘y’all, with your raggedy show, keep my name out your mouth. Like now people are mispronouncing it.’ So, I was just so happy that she was cool with it.”

When DuVernay texted her ‘oh episode six was so powerful and it was so great, and I loved it,’ Rae said she was like “‘you sittin’ up here, watching it, with your busy ass and taking the time to text me.’ It’s just moments like that that feel surreal.”

Rae also shared that she’s been creating during the pandemic and hopes to unleash her next series. In addition, she shared that she was “working on several films on the producing side and some hopefully on the starring side.”

Serving as a role model to others, Rae admitted does get hard. “I definitely feel pressure. But I try to just stay true to myself as much as possible and keep us in mind,” Rae said. “I definitely want to make us proud, but I also don’t want to beat myself up too much if I don’t. But my intentions are always for the best. So I’m super grateful that I’m embraced and hope to continue to make people proud.”

Like Issa on Insecure, Rae, who recently opened Hilltop Coffee and Kitchen in Inglewood, is committed to doing what she can during gentrification. Noting the recent sale of Crenshaw Mall and the “many people being displaced in our communities,” Rae said that “I just want to figure out my role in that and what more I can do.”

Rae also shared the impact the pandemic has had on her personal life. “Being able to really stay in touch with my family has been so valuable,” she shared. “We make it a point to talk every single week now, every Sunday, and my mom has been central to that.”

The importance of family is one of the things Rae says will stay with her past the pandemic. “Nobody’s too busy for family,” she said. “I don’t ever want to regret not being able to spend time with the people. I love, [especially] the woman who brought me here.”