Skip to content
You are here:HomeFront Janet Mock Talks About the Netflix series, Hollywood, and the Strides Needed in the Real Hollywood 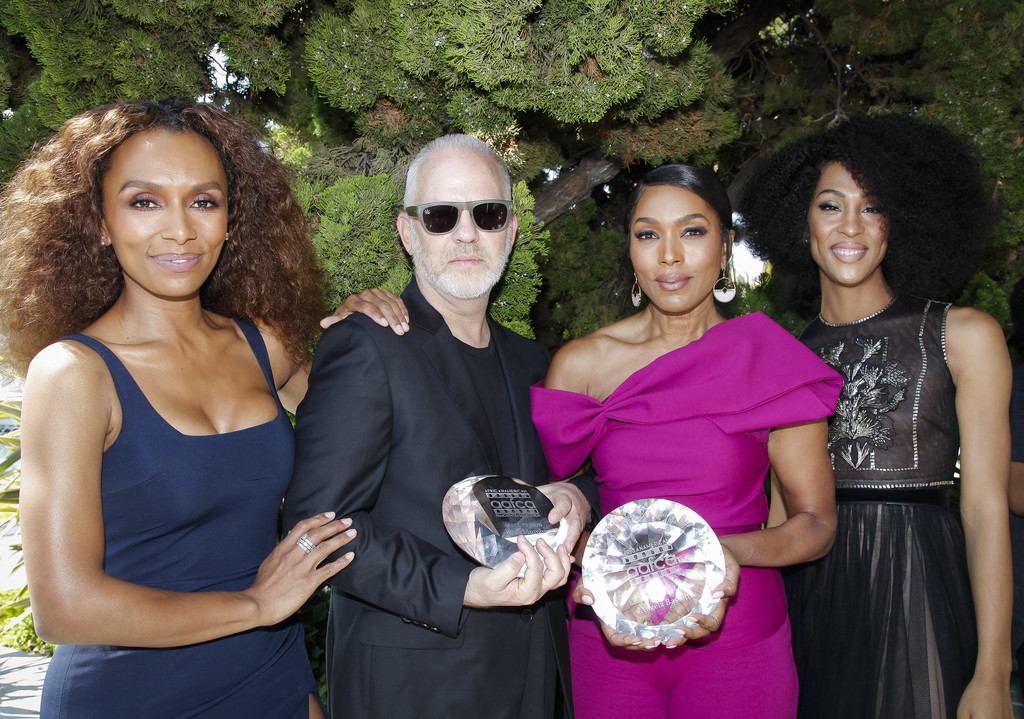 The Netflix series Hollywood, from Ryan Murphy and Ian Brennan who gave us Glee, invites audiences to see what movies and the world might have been if talented people, regardless of race and sexual orientation, had been given a fair shot way back in the industryâ€™s golden age. Laura Harrier, from BlacKkKlansman, and Jeremy Pope, known for his historic Tony-nominated performances for Choir Boy and Ainâ€™t Too Proud to Beg, star as aspiring starlet Camille and aspiring screenwriter Archie. Popeâ€™s Archie is also openly gay and proud, in addition to supporting himself through sex work.

Itâ€™s very ambitious and one of the important forces fueling that energy behind the scenes is Janet Mock, who serves as an executive producer, writer and director for the series. Mock, who is also a co-executive producer for the hit FX series Pose, is a trans activist who fearlessly advocates for the LGBTQ community of color. And that was very evident when she joined the AAFCA Roundtable to discuss Hollywood.

Mock, who has been candid about her past as a sex worker, shared that the â€œsex workersâ€™ piece of itâ€ initially attracted her to the series, but wasnâ€™t enough to tempt her to add to her Pose workload. When Murphy later shared that they then wanted to create a revisionist look at Hollywood, Mock signed on.

â€œI joined after they had written, him and Ian [Brennan], Ryanâ€™s co-creator, had written the first three episodes, which was kind of like their pilot almost, and so I read them over, and I was just trying to locate our people,â€ she explained.

â€œThat was really where I felt the most useful, to say how are we going to really critique Hollywood as an industry, as a town, and how did those critiques from back then still live in the ways in which Black people are seen on screen, in the ways and which even if they are not on screen, when theyâ€™re behind the camera, how theyâ€™re surveillanced [sic] and policed and told â€˜oh this wonâ€™t sell or no one will come and see a picture with Black folk in the center,â€™â€ she continued. â€œAnd so it was those conversations, which were tough to have in the room, that really led, I think, to the push for the show to kind of really rally behind Archie and Camilleâ€™s stories.â€

As director of two episodes, Mockâ€™s difference was also felt behind the camera through bold, nuanced choices. Los Angeles-based AAFCA member Carla Renata brought attention to a bold choice in a key scene in which Archie, the openly gay Black screenwriter, is told that the studio will not be moving forward with his project and Mockâ€™s camera zooms into his face with a close-up.

In that moment, Mock felt â€œwhatâ€™s necessary is to see the ways in which Black folk generally have to grin and bear it when we work within a system. Some of us make the conscious choice to say â€˜I’m going to take a breath, my eyes are going to well, but not a single tear will drop in this momentâ€™ and I think that shows the deep resilience of our people, specifically Archie in that moment as an out gay man whoâ€™s doing sex work in order to get along to be able to make his dreams happen. And, so, I just wanted to be on Jeremy Popeâ€™s very beautiful face with those hazel eyes. . . . what we want to see is how he feels his way through that disappointment and injustice.â€

One of the early moments for Harrierâ€™s Camille comes when â€œCamille has to step up and advocate and fight for her ability to even get a chance to screen test.â€

Tears, however, serve Camille well. She is so â€œundeniableâ€ that â€œit becomes a huge issue for the second half of our series,â€ Mock noted. â€œShe fought for her shot and she got in front of that camera and, when the dolly pushes in on her face, her tears hit at the exact right moment that Hollywood wants for an ingenue in a romantic lead drama.â€

That one moment for Camille, true to the legends built around some of Hollywoodâ€™s most iconic stars, changes her life, Mock shared. For Hollywood â€œit sends all the white people going crazy to figure out, can we even cast the colored girl in the center of the picture?â€™â€

Asked how her own presence in todayâ€™s Hollywood has changed the conversation, Mock shared about how Ryan Murphy bringing her onto Pose, a show centered around trans women created three non-trans women, and mentoring her, changed her life. â€œI think overall in the industry weâ€™re having more conversations. People care more about whose name is on the writing and directing list for an episode. Whereas I think before many people probably didnâ€™t pay too much attention to who wrote the episode or who directed it. It was enough to see our people on the screen. And I think now we have higher standards with that and so it forces the gatekeepers of the world . . . to say itâ€™s not enough to tell a story about a Black person, whoâ€™s the Black person writing it, whose the Black person directing it. And I hope that we keep on pushing for those standards to be met.â€

To see Janet Mockâ€™s interview in full, visit The AAFCA Channel on YouTube