Skip to content
You are here:HomeFront ‘Brightburn’ flips the superhero genre into a gore-fest of evil 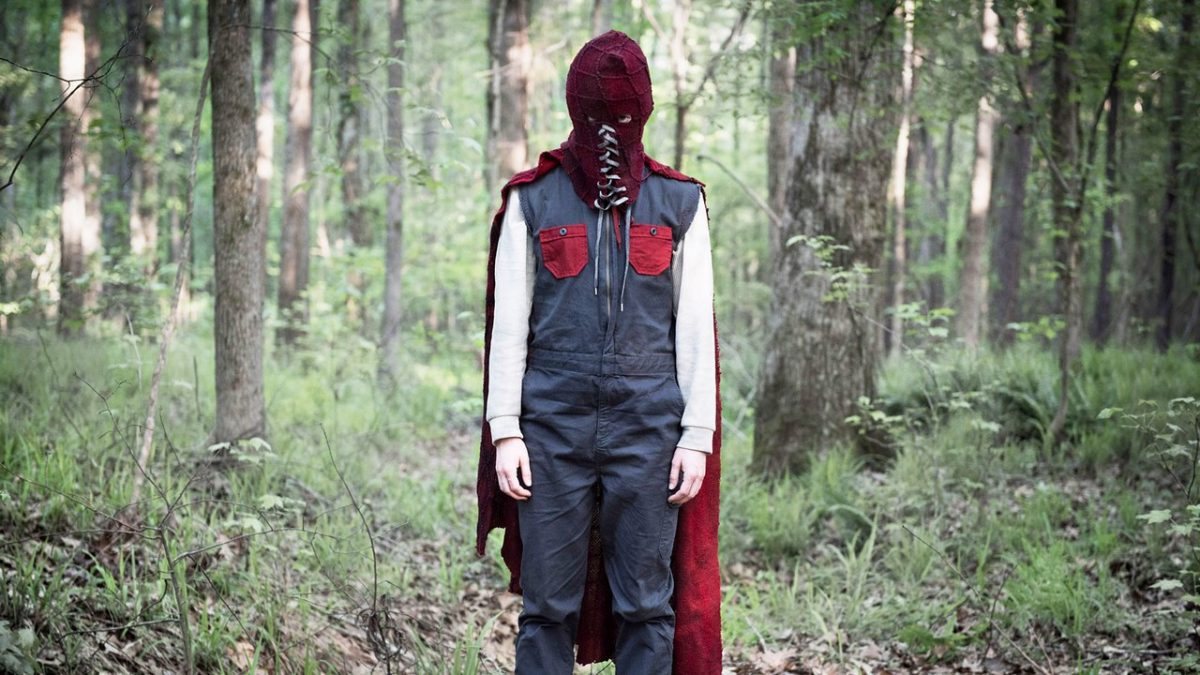 Imagine Superman coming to Earth as an infant Kal-El, but rather than growing into adolescence with virtue, honor, and empathy befitting a true superhero; instead, his destiny takes a polar opposite and grisly direction. Indeed, imagine a human-looking alien child psychopath with super-powers, devoid of goodness or mercy, viciously using those powers to simply do and take what he wants without conscience.

That’s the thinly veiled flip of the Superman origin story explored in the new film “Brightburn”. Produced by James Gunn (Guardians of the Galaxy) and directed by David Yarovesky, “Brightburn” is a gory, violent, yet often effectively entertaining melding of the horror and superhero genres that delivers something uniquely satisfying despite its rather simplistic plot line.

This tale of superhuman evil, eventually cloaked in a comic book character’s cape and mask, begins innocently enough in the quiet, rural Kansas town of Brightburn. The town is a dead ringer for middle-America Smallville from numerous Superman origin stories. Farmer residents Tori (Elizabeth Banks) and Kyle Breyer (David Denham) are a loving couple trying desperately to have their first child. As if on cue during their warm up for a romantic baby-making encounter, an explosion outdoors shatters the moment and the film cuts to vintage home movie video of an adorable little baby that the couple has presumably adopted and named Brandon.

Of course, the audience already knows where the Breyers really got their new child. Director Yarovesky wastes no screen time in the early going explaining what is obvious to anyone who’s ever heard of Clark Kent. Fast forward about a decade to the eve of Brandon’s 12th birthday. All in all, it seems that over the past 12 years, Brandon ( Jackson A. Dunn ) has been the loving, gentle apple of his parents’ eye, especially Mom Tori, who dotes on Brandon as her precious gem of a son. The kid seems like a parent’s dream child, and he definitely seems to love his parents equally so.

However, one night Brandon is awakened and strangely affected by the alien humming and crimson glow emitted by the almost forgotten extraterrestrial vehicle that Kyle has locked up in the barn. Soon thereafter, Brandon starts acting very differently to his parents and those around him. He quickly becomes belligerent, demanding, uncaring beyond his own selfish desires, and starts drawing violent pictures and symbols in his school notebook.

These out of character outbursts start to cause concern among those close to Brandon. However, Tori is reluctant to think anything is truly wrong with her son despite growing evidence to the contrary. That is until Brandon is rejected by a once admiring female classmate because of his now creepy behavior.

When he callously breaks the bones in this now frightened classmate’s hand during a gym class trust exercise, Brandon’s parents and others start to suspect something is truly amiss with the kid. What follows is a series of viciously bloody, gory, and violent disappearances and deaths being perpetrated by Brandon, now wearing a makeshift red hood and cape and fully aware of his superhuman abilities of flight, super speed and strength and more. If you cross Brandon the wrong way, a gruesome fate soon awaits.

“Brightburn” reminded me of both the early going in 2013’s “Man Of Steel” and also the undercurrent of psychopathic childlike evil in 1956’s “The Bad Seed”. Like “Man Of Steel”, Brandon and his parents must grapple with the surprise and strangeness of discovering upon puberty that Brandon has powers unlike ordinary human beings, and coping with that realization.

The manner is which Brandon abruptly shifts from innocent looking young boy to an unfeeling and brutally murderous machine to simply get whatever he wants; coupled with his mother’s reluctance to see the horrifying truth until it’s too late and more, shares the narrative DNA with the murdering little girl psychopath in the aforementioned 1956 classic thriller immortalized by young actress Patty McCormack.

Young actor Dunn has nailed the vacant, dead-eyed death stare of a true psychopath down pat in “Brightburn”, making even his quiet moments and monotone demands even more frightening.

“Brightburn” might have been improved upon with a bit more attention focused on a more nuanced transition for Brandon from good kid to killing machine so suddenly. However, this film isn’t about character development. The real payoff is meant to be the horrific mayhem created by a superhuman child willing to obliterate anyone who gets in his way.

“Brightburn” pulls no punches on imaginative and horrifically bloody ways in which Brandon kills his victims. The first such sequence will have even the most hardened horror fan cringe following the effect some broken shards of glass has on his first terrified victim. The second, involving a car crash – of sorts, is quite literally jaw dropping in more ways than one. The special effects, while somewhat rudimentary, are still jarring enough to make the audience jump and squirm with intended revulsion.

However, amid the imaginatively staged bloody Grand Guignol moments; perhaps the most frightening images depict Brandon merely hovering over his prey from a distance, poised to attack. As Brandon’s final victim in the film sees, Brandon stares down on them from high above in the distance, cape blowing in the breeze. It’s an image often evocative of the heroic Superman; except the grand contradiction is that this hovering superhuman isn’t a heroic savior; but rather, deadly callous predator about to bring a brutal death.

“Brightburn” is a simple, but effectively clever mix of horror and comic book fantasy that works in large part to it’s key characters and the unabashed commitment to shock the audience with blood, gore… and the contradiction of a psychopathic evil hidden behind a young child’s innocent face, cloaked amid a hero’s cape.