Skip to content
You are here:HomeFront Filmmaker Channing Godfrey Peoples Drops Into the AAFCA Virtual Roundtable To Discuss Her Debut Film, Miss Juneteenth 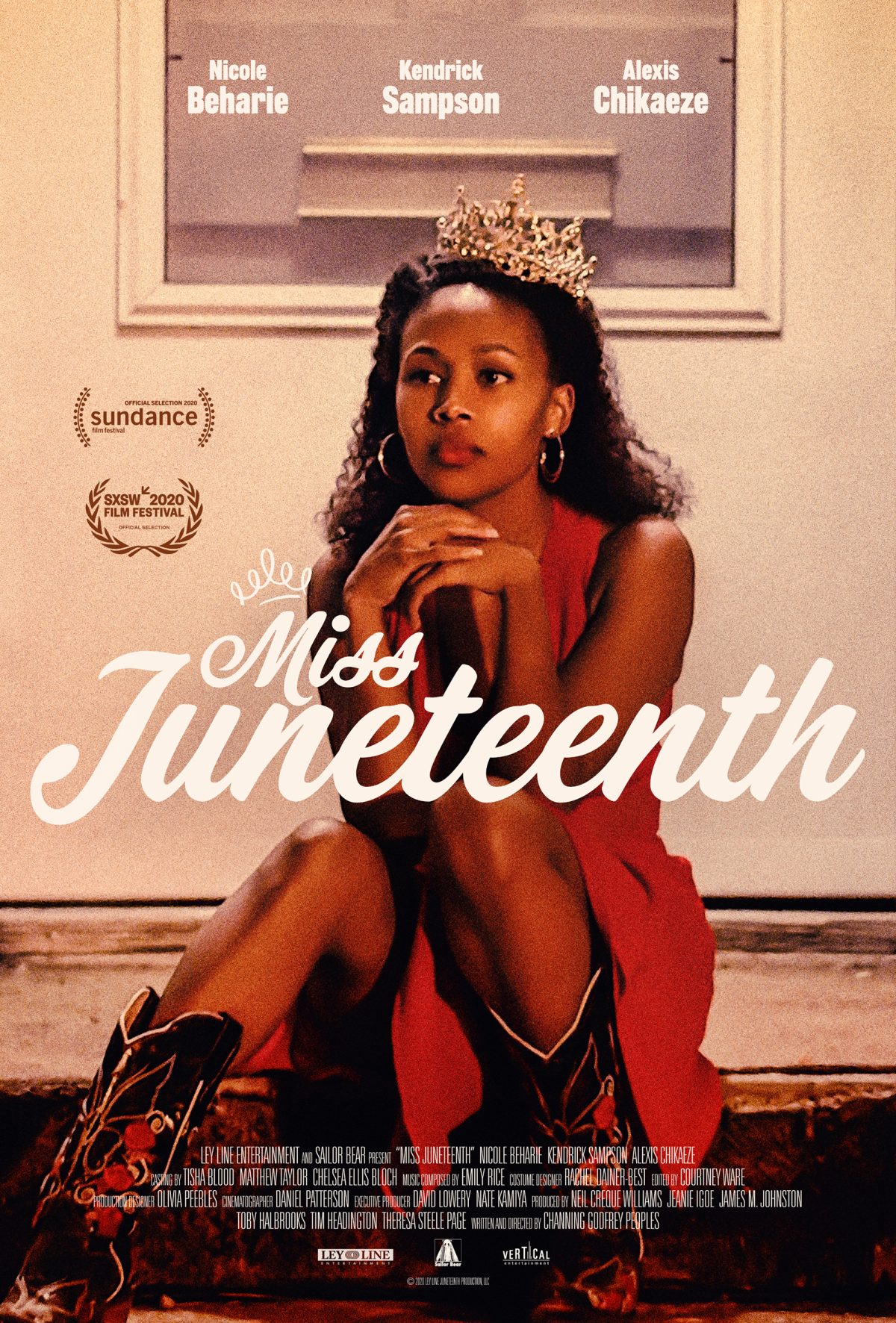 Fort Worth, Texas native Channing Godfrey Peoples’ female-centered film, Miss Juneteenth, is making an impression, receiving high praise from both critics and audiences. Named in homage to the state’s widely celebrated holiday marking the day the Union Army arrived in Galveston to enforce the freedom promised to the enslaved in President Abraham Lincoln’s Emancipation Proclamation, the film is very special for Peoples.

Although the pandemic greatly slowed the indie film’s release schedule, that hasn’t stopped people from embracing it digitally. With Shame standout and Sleepy Hollow star Nicole Beharie at its center, how could they not?

Beharie plays Turquoise Jones, a former Miss Juneteenth who is now a struggling mother determined that her daughter Kai, played by the delightful Alexis Chikaeze, a Texas native, will also win the crown. This time, however, Kai will cash in on its promise of a better life that Turquoise didn’t. Kai has other ideas, however. And her daddy Ronnie, Turquoise’s estranged husband (played by Houston native and Insecure star Kendrick Sampson), is more a hindrance than an aide in Turquoise’s grand plan.

When Beharie read for the role, Peoples said “I saw the nuance I was looking for.” And with Chikaeze, she says “there was a spark in her that made me want to reach out to her.”

Turquoise and Kai’s relationship is extremely central, and grounding even, to the film. “What was important for me in the journey was for people to see that Turquoise is navigating this idea of her lost dream and navigating her own disappointment,” Peoples explains. “So much of it is about these hopes and dreams for her daughter that she’s clinging to. But, at the same time, I wanted to convey the idea that Kai has our own hopes and dreams for herself. They both grow together in a way and individually.”

That mother-daughter relationship shifted in important ways when Peoples had to delay filming to welcome her own little girl to the world. “I had the opportunity to see the film in a different way as a mother. In learning how to be a mom, I experienced this thing that I never experienced before,” she shares. “When I had my daughter, I just wanted to hold her tight and protect her. . . . I had fears about her future and could I live up to taking care of this young, Black woman in a world that often doesn’t support young, Black women.”

Communicating those hopes and fears were honed long before Peoples began sitting behind a camera. Her first lessons in storytelling came from Black women writers Maya Angelou, Gloria Naylor, Toni Morrison and more, as well as from female-centered plays like the iconic For Colored Girls, that she saw through community theater. These experiences, she insists, are the reason for the Black female aesthetic some noticed infused in her work.

“To be honest, I just didn’t know any other way to be. I think the fact that I came to cinema late, in a way, was a mixed blessing because my lens literally [came] from community theater that I talked about, but also from literature. Those were the pictures that played in my head,” she explains.

“Those women were who inspired me on this journey,” she continues. “I was so inspired by the way they were able to put these multilayered stories on the page, these complex stories about Black women. I remember being transformed by reading [Toni Morrison’s] Sula. . .They were books that just made the hair on the back of my neck stand up and I knew that those were the kinds of stories that I wanted to tell.”