Skip to content
You are here:HomeFront One Small Step for Award Shows…

The 69th annual Emmys made history this past September in regard to nominee and winner representation. Film and television award shows have notoriously disregarded people of color, the LGBTQ community, and women of all shapes and ages. An extreme case occurred during last year’s Oscars when the hashtag “#OscarsSoWhite” was trending across all social media sites. This was a result of shock and outrage from the public after the Academy released the 20 white nominees that took over the only four acting categories. This list completely disregarded the actors in the two black movies that made over $100 million at the box office, Straight Outta Compton and Creed.

As a result, the viewership dropped 4% from the year prior (O’Connell). This year, the Emmys learned from the mistakes of the Academy and received tons of praise from the public because 24.6% of the acting nominees in major categories were people of color, this is up from 21.9% last year and only 9.7% in 2014 (Berg). 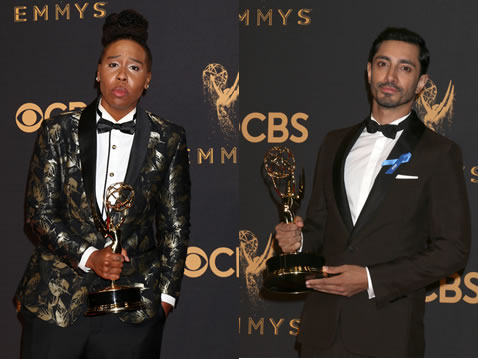 Although the inclusiveness of this year’s Emmys was refreshing and exciting for the viewers and talent that have been repeatedly discouraged by award show discrimination, it was a big turn off for others. The Donald Trump bashing and liberal commentary failed to appeal to the large demographic of America that had no problem with the way award shows have always operated. With a large audience not tuning in, the ratings only rose slightly to 11.4 million compared to last year’s 11.3 million viewers (Konstantinovsky).

We can speculate whether the Emmy results this year were due to past criticisms, changes in the media landscape or a combination of the two. However, it’s clear that this recognition of talent will have an impact beyond this awards season.